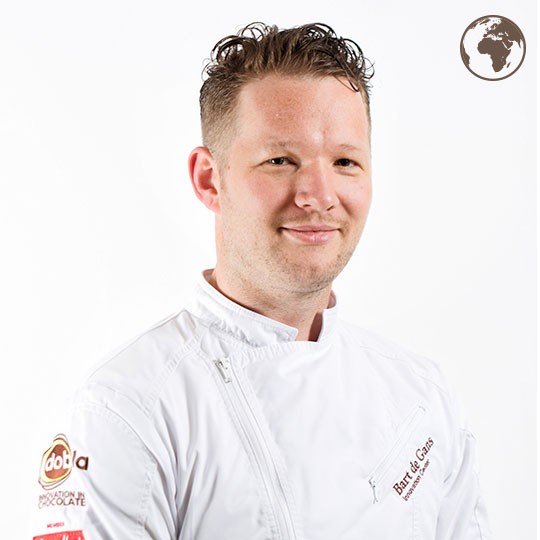 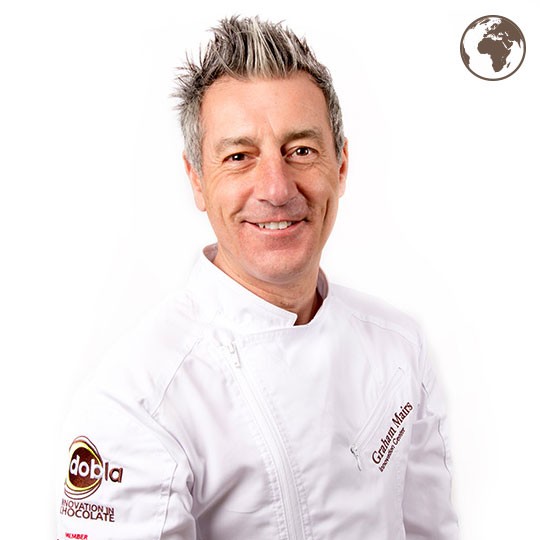 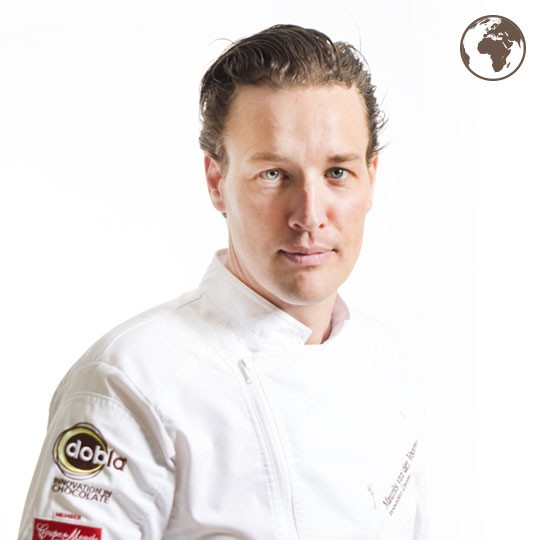 In his previous job pastry chef Maurits van der Vooren worked for Grand Hotel Huis ter Duin for more than 9 years. As Sous Chef and Pastry specialist he worked on building the image of the renowned Restaurant Latour in Grand Hotel Huis ter Duin. Maurits comes from a family that owned a chain of Pastry shops since 1918. He was born and raised with Pastry, it is in his blood. After his dad sold the chain of Pastry shops Maurits was looking for a way to continue the family tradition.

Since January 2018 Maurits has been part of the Dobla Innovation team Europe, where he can show and expand his creativity and talent with chocolate decorations, desserts and patisserie. With over 60.000 Instagram followers Maurits wants to inspire others with his vision, creativity and work. A great example is his famous ‘Key of Love’ dessert. 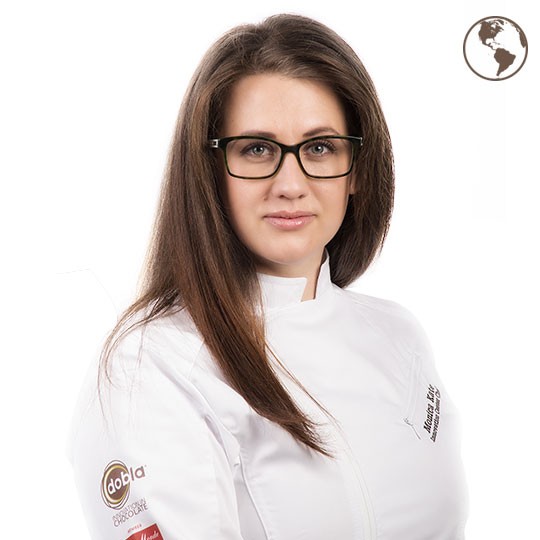 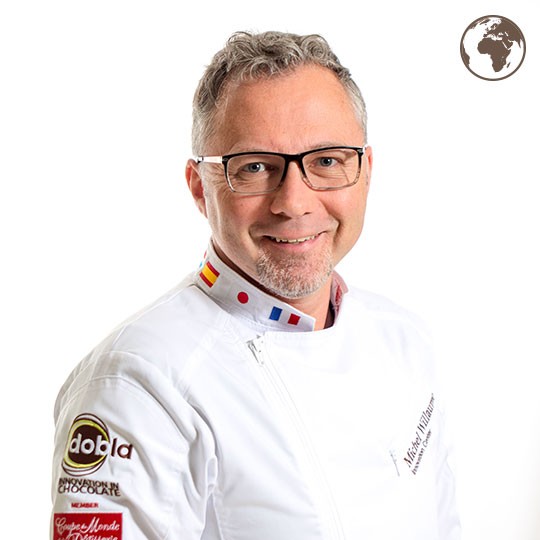 His participation in various international pastry competitions was awarded with a 1st price in New York during the Festival Gastronomique and with the World Champion title in Lyon at the Coupe du Monde de la Pâtisserie. Michel educates for Dobla new talented Chefs through our partnership with the EPGB School in Barcelona and travels the world to help develop product and to organize demonstrations. 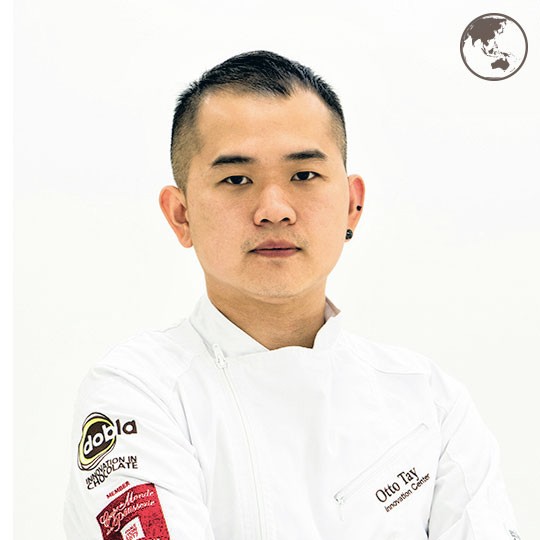